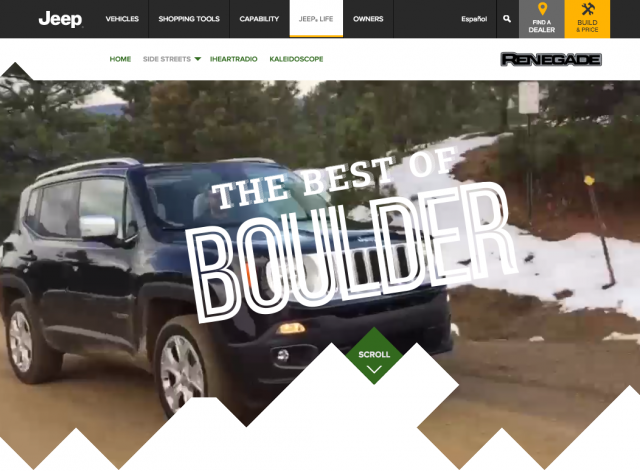 A few months ago I received an email from AOL asking if I was interested in giving them / a film crew a tour of my favorite spots in Boulder in the new 2015 Jeep Renegade.

I’m kinda used to random things happening in my life but this one was up there. How they found me I don’t know, but I’m glad they did. What a fun project. We talked about a time to shoot and they were super easy to work with to set up a two day shoot. The day of the shoot, at 6am, I had a film crew at my house ready with two high end RED cameras and smiles. With the help of my friend and neighbor Larkin we were off to give a damn good tour of Boulder. I picked Chautauqua, Trident and UBikes as my three spots to stop at… enough talking, here is the piece: