As the seasons change we have another election in Boulder, the little mountain town that could.

I thought it would be good to sit down and endorse five candidates. The Boulder City Council is set up with 9 members, and 5 of them are up for grabs every two years. Oddly, this is a very progressive strategy for making sure Council is going in the right direction and can ‘flip’ at any election. I’ve been in Boulder since 2004 and have seen it in downturns and building booms. I’ve seen it in a few disastrous moments and glorious highs. I love it and love that it is home.

Daily Camera weighed in with their endorsement and I found the following paragraph in tune with the theme of the election:

We do not share the view that Boulder is going to hell in a handbasket. There is no question it has undergone a growth spurt since the last recession, in part based on pent-up demand from that slowdown. It could have done a better job encouraging creative design of new buildings that better fit their surroundings. We have high hopes that a new planning director, in concert with a new council, may improve this process.

There are two Boulders in my mind: pre-flood and post-flood. September 2013 was the moment when the City came together and helped each other unselfishly but also caused a ton of opportunity for rebuilding that, when matched with an economic boom, created a quick influence of new money and buildings.

I love Boulder being a place where you don’t have to be pushing your professional limits to survive. I like the arts and artists being given the room to breathe around concepts. I want the employees that work so hard making the downtown a great place to be to have the ability to live within the town.

This campaign is filled with fear. I hate that. I hate that we have people here who feel like they deserve more than others because they own a house or have a strong feeling on how a hotel should look. We should be as welcoming as possible and advocate for those that don’t match just how we are.

So, without fear, and with a bright view of the future of this amazing place, I endorse: 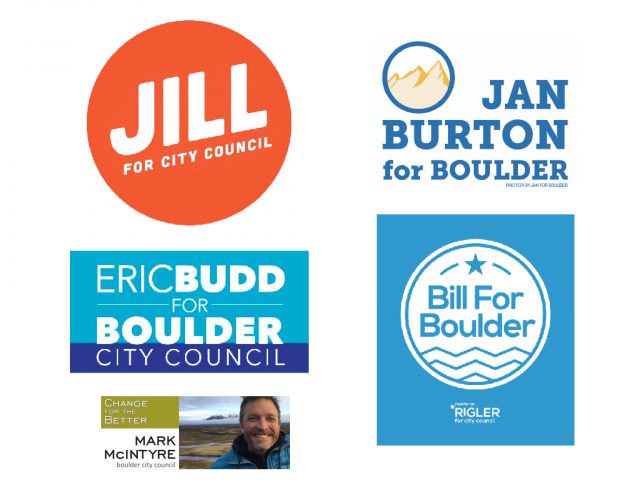 Why Jill? She has been very active in policy in Boulder (Real Estate profession) and seems to have been the biggest community builder in the town around advocating for solutions that represent the sum of our parts. She also would be the first LGBT candidate on council in decades, and for a town without a gay bar, it would be a nice addition for those underrepresented.

Why Bill? Policy wonk with big world experience looking to give back in another way. Avid biker and also would be the only renter (non property owner) on council in a long time. Bill would be the broader connector on council with a bigger-than-town view but hyper-focus on the issues.

Why Eric? 1) I’ve seen him biking around in multiple snowstorms. Tougher than me and I respect that. 2) Has a history of fighting for those new to town and those with lower incomes. 3) He might be the most Boulder person I’ve ever met who authentically likes policy and getting consensus.

Why Jan? I think Jan and I are the most dissimilar of all the candidates I’m endorsing here and I like that. She reminds me of my all time favorite councilperson, Suzy Ageton, in her pragmatism. I love how she looks at the issues. She has been at several events and I really enjoy watching her really try to understand people and their issues.

Why Mark? Daily Camera also endorsed him, saying he “wants to make Boulder as welcoming to newcomers as its aspirational rhetoric.” Boulder is only as strong as our newest member, let’s not ever forget that. He, with Budd and Rigler, are hosting a cyclists discussion on the issues.