My Best SXSW Yet, Badgeless 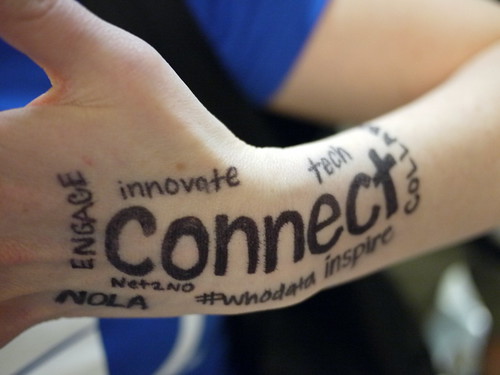 Confession: I got overloaded at 2009 SXSW, a spring geek gathering in Austin, TX after I spent 12 days with the premium platinum badge. I decided to try going the opposite way this year, no badge at all. This is generally conference suicide. No panels, no parties and no benefits. It was an experiment, and my verdict in:

I loved it. My favorite SXSW yet.

Seeing the SXSW Badgeless group got up to 10,000 fans in 10 days (and SXSW had it removed), I think this is a lightning rod of tension. The official vs. unofficial SXSW festivities is ugly now, and going to get much worse. As an event organizer, it pains me, really pains me to say I went to an event and had a better time without paying. Everyone has a different experience, and this is just a bit of data on the event as a whole, which I have a huge amount of respect for. 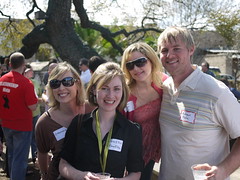 SXSW is my favorite week of the year, and this year was my fourth time at the conference. They do an amazing job. Really, one of the best organized events I’ve ever been too. I’ll buy any of the organizers a dinner to their choice in Austin if they read this. Love them and their conference… the same conference I lobbyconed this year. Yes I feel bad, but also feel like it must evolve.

SXSW had its problems this year (if you throw an event with no problems you have an honesty problem). I didn’t have the problems but heard the fair share of ‘the panels were horrible’ to ‘the parties all had massive lines’ and my favorite ‘too much emphasis on startups building up to flip with their new community.’ It was huge, up 20-40% from last year depending on who you are talking to. The corporate sponsorships were swelling (and perhaps a bit unmatched?).

All and all, that doesn’t jive with your semi non social tech geek (which I see as central to the movement of tech startups, innovation, and . They want quality people in small environments without too many people selling them stuff. They want conversations that are higher ethos smart, and good beers in quiet bars. What they don’t want is the social media get rich quick look at me LA crowd (sorry LA). They want smart and intimate. That is what I searched for this year.

I found 3-5 parties I could get into badgeless this year per night. Plenty. The best was by far the NOLA party (amazing band and a crowd PUMPED for the music). The mornings usually had me finding the best breakfast tacos in Austin and, most importantly, not worrying. I didn’t have to worry about missing a panel, or a keynote, or a special core conversation. I had to worry about relaxing and being happy, which I could have done almost anywhere in the world, I just had the privilege of Austin with the smartest people I know wanting to grab lunch.

I got to relax while everyone was running around. This allowed me to do some pretty fun stuff, like buying 100-200 breakfast tacos a morning and walking around the conference entrance making peoples days. Bacon cures hangovers as you know. I got to help friends plan their parties. I got to go for long runs, do coffee runs and get BBQ twice in a day.

I was able to do this because of the network I’ve build over the past few years. If I was new to SXSW I wouldn’t have had a great time, so please don’t take from this post the badgeless is the way to go. It was the way to go for me.

I tried doing my part making the conference better. I submitted and not selected for a firecharged panel “How Creatives Fight Back Against Exploitsourcing.” I was denied for the SXSW accelerator with a lame and half assed form rejection letter. I tried being part of making it better, was told I wasn’t needed and felt quite fine sitting on the sidelines intently listening.

RWW party at Austin City Limits venue for the Band of Sculls show. Best party for me, best band too.

PureVolume house for the Savoy show (a Simple Geo Party)

Hanging out with people that change the web and culture (Anil Dash and Aaron Brazell here). Within ten minutes of that picture I had chats with Markos Moulitsas, Kristen Taylor, Richard MacManus, Spencer Fry, and Wendy Norris.

I bumped into some fascinating people. The people were amazing. The highlight for me.

RIP Brad Graham. A massive hole this year was Brad at the Break Bread with (for) Brad event. Brad passed away this year. It was my first SXSW event four years ago, and I met my first SXSW friend which I am forever grateful. I remember Brad welcoming us to the party, denying any involvement in the line to get in. A really nice guy, and another reminder that life is too short.

Really, I don’t say that enough, thank you.

26 responses to “My Best SXSW Yet, Badgeless”