A walk teaches you a lot about an area.  The sounds, structures and people always speak if you listen.  Sometimes, a bit more than you’re comfortable with.  A recent walk in Panama City, Panama really got to me.  Daunting poverty next to unrivaled wealth, fine dining next to slums, pleasant nature budding to blown out speakers.

The walk started out simple enough: tour the Panamá Viejo (Old Panama).  It was founded in 1519, has some amazing historic structures and is home to several celebrities.  It reminds be of a still rough-and-tumble Barcelona or Cartagena. 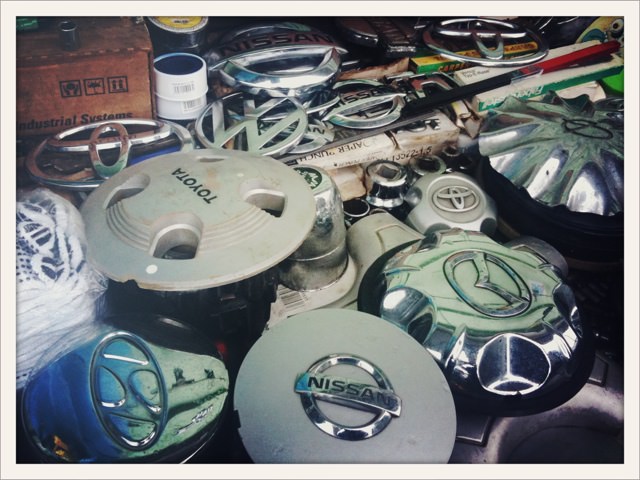 Rough and tumble it is. This is the wild west of cities, a clash of culture and economies.  We walk around looking at the buildings.  Restored mansions are selling for $15 million USD.  A block over, a street vendor displays hubcaps stolen from their parking lot.  The watcher of this street, an unofficial guard and sometimes lackey, is named “Dulce de Mango.”  Every time we pass, he yells out his name.  He is a good one, my guide tells me.  If you need a beer or a carwash, Mango is your man.

We pass a German restaurant we had dined at the night before.  For $50 we were served a 6-pound lobster.  The chef had seen my friend on the street that day and had boasted about their catch.  Really good lobster, a chef’s welcome, and a fine meal to match.  Afterwords we had drinks at an artist’s loft.  Giant buildings being utilized by the creative class.  This place is what cities need, I thought.  Accessible space with a thriving worldwide community.

My thoughts changed quickly.  A four-year-old asked for something to drink from a roommate of mine.  Kids are fun to interact with universally.  Playing soccer in the streets is pure joy.  The Brit decides to buy something for the kid.  The group was already doing a run to the grocery store for beer, snacks and now a juice.

The kid didn’t want the juice, he wanted the beer.  Not a mistake, the kid confirms.  Juice he gets.

Shortly after, some kids rigged together a potato gun type contraption to fire small rocks around the streets.  They launched a travel-sized bottle of shampoo, hitting me in square in the foot.  I limped away, not finding the promise I had found just hours before.  Give us beer or we will blow you up, the message reads.

The markets are bustling with fish, veggies and stolen goods.  Open-air minor surgeries are being performed on the sidewalk around the corner (razor blades and blood, tough to stomach before noon).  A simple fence separates these markets (one translated means “Get out as fast as you can” and are dark, damp and downright foul places to be) from a yet-to-be-opened waterfront park.  They are built in the sidewalks and streets that are out of legal jurisdiction it seems. 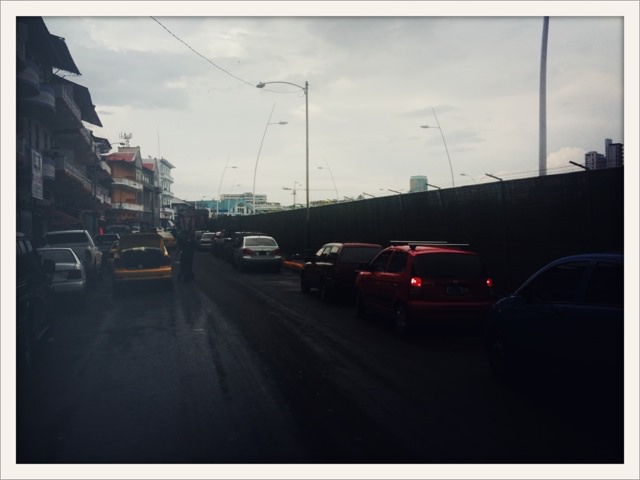 We start to walk into a fish market that makes me gag.  A “choke and never want to smell again” feeling that still has my appetite more than a day later.  I stop, won’t go on.  “It takes a while,” my friend says.  He couldn’t go in the first few times he tried.

I want to run away.  We walk down a pier, picturesque.  White sandy beach with gentle crashing waves.  Fewer than 100 meters away, a world apart.  I don’t want to leave here, not back to the markets.

The water is safe to drink, the people are fine.  “Keep calm and carry on,” I thought.

We are eyed by a security guard.  Not the types he sees coming from that direction.  I notice how comfortable I am with guns around me all the time.  You can’t go more than two blocks without someone packing noticing you.

The smells are hard to describe in a way that can be described at a dinner table.  Abandoned buildings are being sold to foreigners to build their vacation villas.  Romantic.  What is described as “crack babies that have grown up” stumble down the street.  We pass some AK47s.  We pass some drunks.  We pass a convenience store selling one-dollar fish fired up.  I have no gauge if there is corruption.

We have a ceviche and drinks on a patio overlooking the ocean.  Skyscrapers are in the distance.  The Panama Canal is just 10 minutes away.  This used to be Colombian territory until the US helped their independence, or if you watch to official “History of the Canal” video, the US started helping with the canal a year after their independence.

I remember history classes and wonder just wherein lies the truth.  I walk back to the converted mansion overlooking the fish market where I am staying ($13 USD a night), wondering how you can relate to mass wealth and poverty existing in such close quarters.

Is there a way to reason with that?

The next day, lost on our way to lunch, an army member we flag down salutes us, smiles, asks where we want to go and happily escorts us all the way to the restaurant, walking in with a warm ‘Buenos!’ to the owner.  Chicken and veggies while watching a Saturday match on the flatscreen.

So is the unpredictable and varied life that makes up Panama City, Panama.