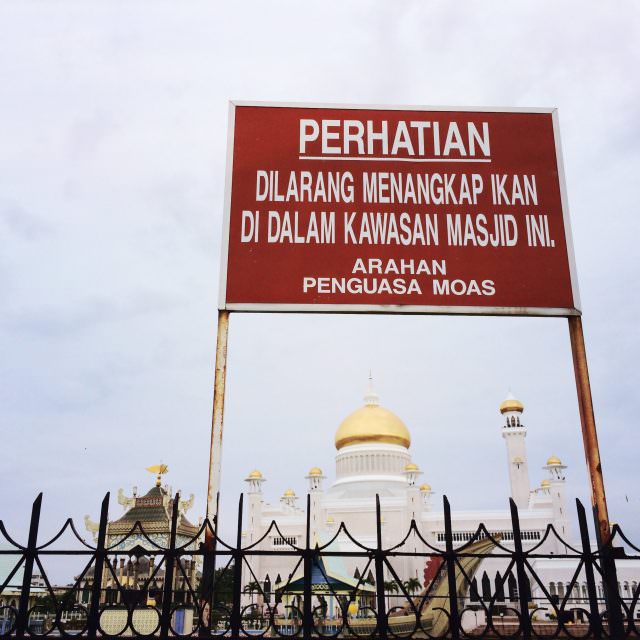 I’m in San Francisco after a six country trip sitting in a coffeeshop with a healthy dose of espresso and jetlag. Life is amazingly good right now and Startup Week and Startup Weekend are really gaining momentum into a worldwide movement. I’m getting weekly emails to fly me to someplace around the world to host / facilitate / launch a Startup Week or Startup Weekend. Part of me just wants to stay put in Boulder and enjoy some CULT (Completely Uninterrupted Laptop Time) to get work done but part of me wants to go go go go go. There is so much to see and understand.

Since writing the travel book I’ve written a lot less. I put a lot into that book and if you have read it you know a ton more about my views on travel and the world, but in doing so I put a lot less effort into this blog. That brings me to Bandar Seri Begawan in Brunei. I was a part of the ASEAN Startup Weekend (another post coming on how amazing that was) in Kuala Lumpur and noticed when planning the trip that the small nation of Brunei was a quick flight away. Do I go to a new country just to say I have been to a new country? Do I ‘country bag?’ It is the highest form of travel to always be open to new experiences and the lowest form of travel in the same time.

Before visiting I knew almost nothing about it. I knew that they were oil rich, conservative and Jay Leno had picketed one of their hotels. So what was a visit to a new country that I went for the passport stamp? Well, weird. Really weird.

I booked an Airbnb and checked in with a very sweet host. We also picked up another guest at the airport who was a gay human rights lawyer from Switzerland. We went to dinner and enjoyed the local delicacy of Ambuyat Tempoyak which is a tapioca ‘soup’ thickened and twirled together on bamboo chopsticks ment to be swallowed whole. I had a few bites and the dinner discussion of what we did came up. The other guest made a few references to his partner and his wanting to see Brunei before next year when they roll out the whole ‘stoning you to death if you break their laws including being gay.’ Our host kept on referring to his partner as her and he just let it roll. 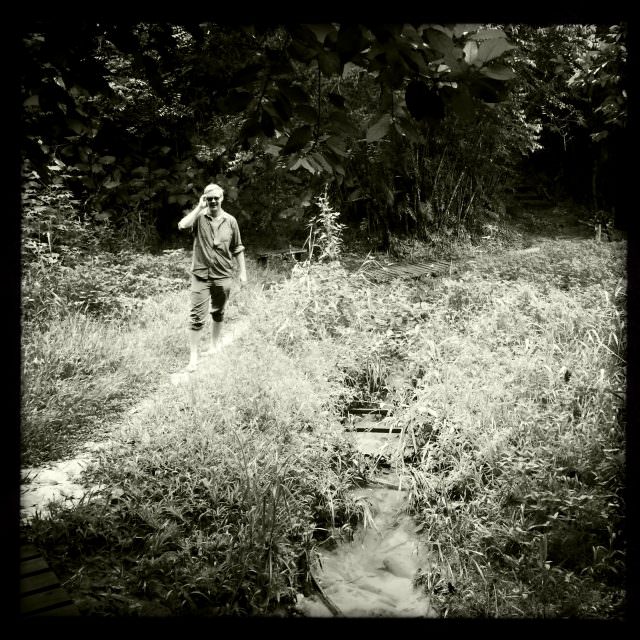 In the morning we were dropped off a few miles from the city center of Bandar Seri Begawan and went on a hike through the jungle. I don’t know why I thought that a jungle hike at the start of the day was a good idea. Within 20 minutes I had sweated through all of my clothing and didn’t bring water. It was steep. We didn’t have a map. It was perfect. We talked all about the legal ramifications of countries like Brunei’s stance on gay rights. “How do they know you are gay?” was a simple question of mine. “You don’t want to know.” was the response.

But seriously, if you are leaving a country like this to, well, not be stoned to death for loving someone, how do you prove you are gay for asylum?

To prevent your murder you could actually say “Send in the Clowns!”

This is changing and there are hundreds of organizations working on LGBT rights and they refuse to help governments define what it is to be gay (if the person identifies as gay that is the answer).

We hike more and find our way to a museum which has air conditioning set to crazy frigid. Our wet clothing now is super uncomfortable as we stroll around looking at the documents that made Brunei a country. We get some coffee nearby and check out the Sultan Omar Ali Saifuddin Mosque. Stunningly beautiful. We walk across the bay and hire a boat after wandering through the floating villages. Lunch was Thai food and dinner was at a street market. 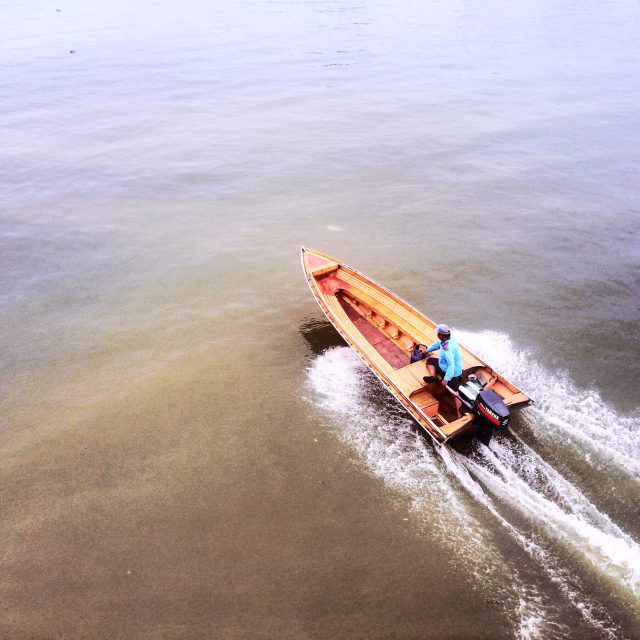 The trash in the floating villages was the worst I’ve seen in the world. That is trash floating in water to the left in this photo: 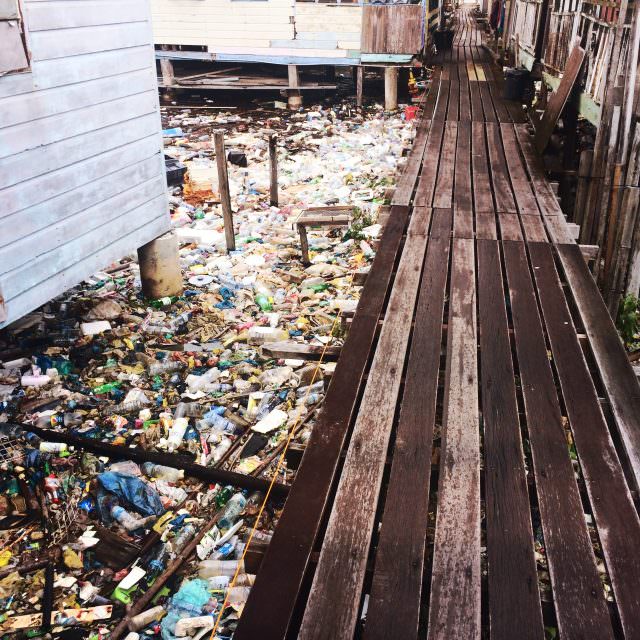 Unclear on just why there was so much trash. A super rich country…

We hopped out on a $1 public bus an hour away to a beach and went for a swim. We joked that it was ‘authentic’ because there were several bottles floating by in the ocean. I looked out on the horizon and counted 14 oil wells and what looked like two US tanker ships. We hitch hiked back to the bus station in the back of a truck. 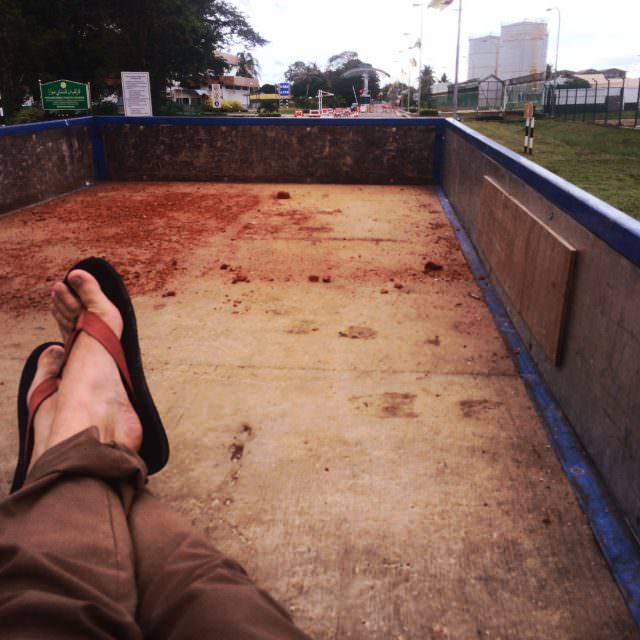 Our host sat us down and wanted full page handwritten thank you notes for her. He wrote a few sentences “Not enough!” and I didn’t start. We were shown off to a few of her friends and then went to sleep for an early morning trip to the airport.

That was my final and somewhat fitting experience in Brunei. Very, very friendly although a little rough around the cultural edges. Later in my trip I met several people that live in Brunei and was corrected around several assumptions I had. Was next years change of laws going to turn their country? “Oh no, I know great gay people in every walk of life, that change is an older King trying to leave the country closer to God than when he arrived.” They were absolutely unshaped with the headlines. “They are so wrong, nothing is going to happen, we are just a tiny nation with our own identity.”

Which is what travel is about. 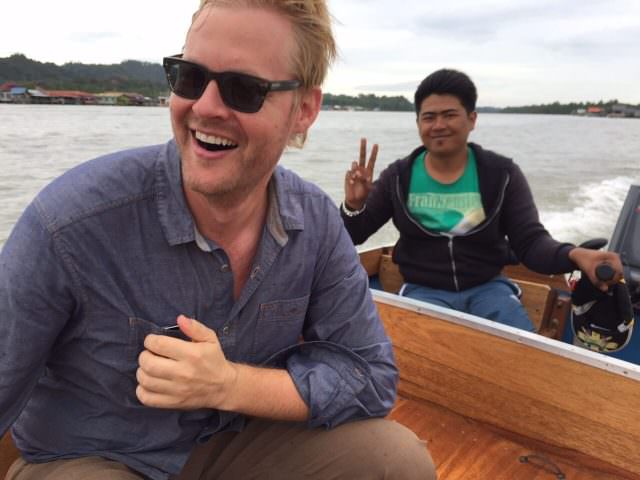 Hope you are exploring wherever you are.