I got back from SXSW 2017 and realized I always forget to do a recap post. There is a lot of change in the air, or at least, the narrative on SXSW seems to be being debated now. 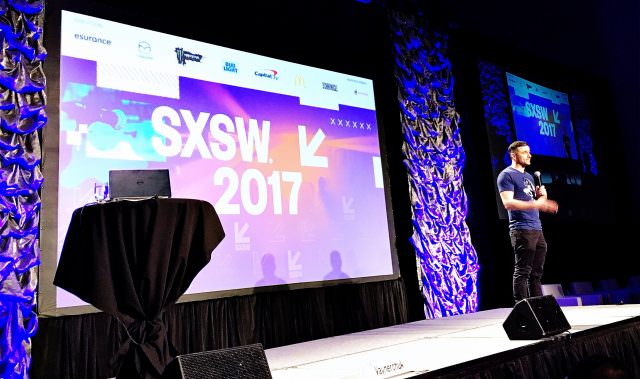 I had a remarkable experience and I think every year I come back enlightened and inspired, saying this was the best SXSW ever. This year was dramatically different though, and I’m not sure if it’s because of the intent I put into it, or that the conference world is changing. It was remarkably smaller and more intimate feeling than years past, and I really valued that. I’m not sure if the numbers actually went down, but it just felt like the lines were smaller, the parties were more targeted and filled with people that I really expected to see there, and the films and music were just so much better.

I was there for a full week, and in that week I saw 12 films. The films this year were the standout for me. I didn’t really expect to see so many films, but I went to the first one and it was so good I just kept on going. So I saw:

The standouts for me as far as SXSW film were definitely Free Fire (a 90-minute shoot-out film that ended up being a comedy), Will it Last (the profile of the Avett Brothers, it was the premier, it was hosted by the band itself), Disgraced (which was about the Baylor basketball teams 2003 scandal – that one stood out as one of the better documentaries I’ve ever seen), Win it All (which was a remarkable premier of a very smart comedy, very smart, light, wonderful progressive script), and then finally, Long Strange Trip, which was a four and a half hour film about the Grateful Dead. Oddly enough, after watching it, I don’t think I would have cut much out of it, it was really a pretty comprehensive view of the Grateful Dead, kind of past, present, and future with some really never before seen interviews, and an explanation of kind of why the Dead was so powerful to so many people. Patty-Cake$ was the surprise hit for me. Chasing Coral was the most important thing I saw at SXSW, perhaps even this year. 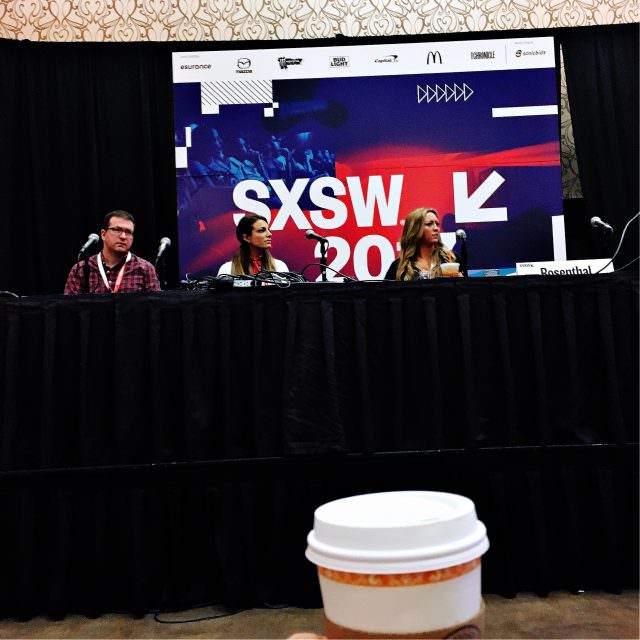 So on the interactive side, I went to quite a few panels as well, including:

Seeing Gary give a keynote, he’s been going to SXSW for ten years and I’ve been going for twelve years, I remember him in the early days when he really just roamed the halls, looking to meet people. And this year, he’s hit his stride fully. He’s gone massive as far as Vayner Media, which has hundreds of employees, and his keynote had a line down the block. And really he just wanted to do Q&A and connect with his customers. I think the people who are fans of his material are really fans wanting to see if this guy is real. They hear him, and he’s so authentic, he’s so interesting to listen to, and they wanted to come to SXSW and kind of get a taste and see how he was on the fly or if he was just produced. And I think what they saw with Gary and his keynote is that he was just as much of a nice and interesting and helpful person as he was ten years ago when he was roaming the halls, giving away wristbands. It’s really fun to see someone progress through SXSW and kind of through your friendship. I’m super proud of what Gary’s been able to achieve, and I think at one point during his keynote he looked over and said, ten years ago some of the people here were all about Kumbaya, and ‘let’s build a web that everybody can use’, and I was just thinking, ‘I want to sell some shit.’ And I think that he really was talking about the gentleperson’s agreement we all had back then, ten years ago, when we were building open web, we were building creative commons, we were building products and giving away and being as good of people as we could be. I think Anil Dash and his keynote really talked about that as well. Did we build the web that we wanted to build, or did we just get taken over? I think the jury is still out on that. I’d like to hope that it’s still people that want to build for the future, that want to build for each other, that want to build a remarkably good life for each other. I hope that is who’s controlling the web. And I think you see some bad behavior with venture capital, and I think you see some bad behavior with founders creeping in. Now whether it comes from Uber and the misogyny, or some venture capital firms not being very founder-friendly, I think you’re seeing more and more that debate really being pushed forward to the limelight.

So for music, I really only saw a few acts. Walking down 6th St during the day, you pass 20-30 bands, it seems every other block. I was lucky enough to catch the Avett Brothers play a music set at Austin City Limits. I was able to catch a little of the Jimmy Eats World set. Sleigh Bells played at The Mohawk for a Planned Parenthood/Tumblr party. It was really a nice mix of industry parties, phenomenal music that you can just bump into and be inspired by, and up and coming acts that just had that energy, and I think that’s what SXSW does. 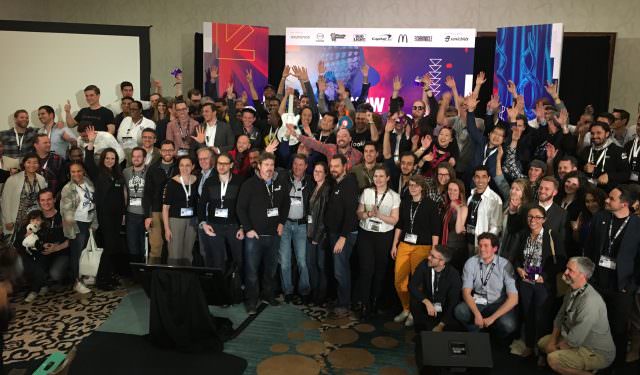 It was my third year hosting the SXSW Accelerator Awards, and I had a really good time. We had another packed room – it sold out, standing room only. This year was different in that we had two things, we really celebrated more categories as an accelerator program. I think we had 10 categories with some startups from all around the world. I would say more than half of the award recipients were female. I would say more than half the award recipients were not from the US originally. So I think we’re really seeing that entrepreneurship is truly a global language, and SXSW is doing an amazing job of attracting that global microphone, and making sure that they are helping startups launch, pitch, and grow their businesses. I also have to say it was an absolute joy hosting that with Yiying Lu, of 500 Startups. She was an absolute delight to work with, and we had an incredibly fun time on the stage entertaining and giving back. 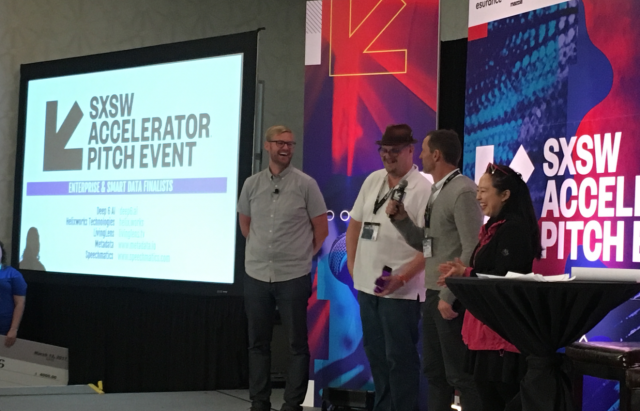 So in review, 2017 SXSW really was a mix of the tried and true formula with a little bit of the new guard taking over. I think you’re seeing the last of this massive brand industry party, and more of the small social dinners. Mattermark rented a house and had people over for dinner where we all created and shared dinners. You saw the opening of Modcloth’s Austin store the day before it sold and they made a major acquisition announcement. So you’re really not seeing the indie web anymore, you’re not seeing this ‘us VS the world’ indie developer finding their niche. You’re seeing the real business community try to find their edge. I’m glad I still feel welcome.

I’ve got to say thank you to all the volunteers and staff that made SXSW possible. It was a really remarkable experience for me. I look forward to returning again to see old friends and make new ones.